KWAZULU-NATAL – Hawks members from the Durban Serious Organised Crime Investigation working together with Crime Intelligence and Metro Police Drug Unit arrested three suspects aged between 25 and 57 for dealing in drugs at Oaklands in Verulam on Wednesday, 21 July 2021. 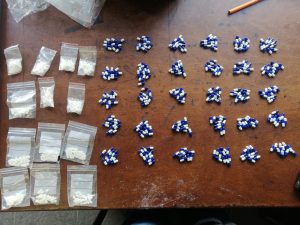 An intelligence driven operation was conducted after members received information about drug dealing activity in the area. A search was conducted then police found pieces of crack cocaine as well as heroin capsules with the street value of approximately R64 100.

They were immediately placed under arrest and are expected to appear in the Verulam Magistrate’s Court today.

TWO SUSPECTS NABBED IN VRYBURG FOR DEALING IN RHINO HORNS WORTH R2.4 MILLION

WHO statement: Accelerate expansion of antiretroviral therapy to all people living with HIV