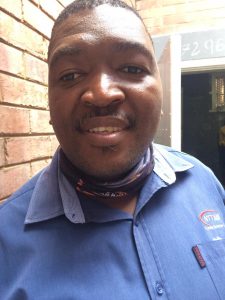 The dedicated team spent sleepless nights ensuring that the suspect is brought to book. It is alleged that in June 2014, the suspect allegedly posed as a truck dealer and received approximately R150 000 from a business owner who needed a truck for business purposes. The victim travelled from Western Cape to Johannesburg to fetch the heavy duty vehicle which was never received.
A case was reported to the police in Cape Town and he had been sought until information was received that he is hiding in Mpumalanga province. He was arrested on Tuesday, 26 January 2021 in Barberton following an instant search by the Hawks.
Motha briefly appeared at the Barberton Magistrates Court today and was remanded in custody. He is expected to appear at the Khayelitsha Magistrates court in Cape Town on the 02 February 2021.

Doing More this Ramadan and Spreading Joy this Eid

Sithole misses out on bronze at Paralympics

Three busted for running a brothel