MPUMALANGA – Selby Nyalungu (44) was charged for murder after he handed himself to the Nelspruit Hawks’ Serious Organised Crime Investigation team in the presence of his lawyer on Wednesday, 27 January 2021. 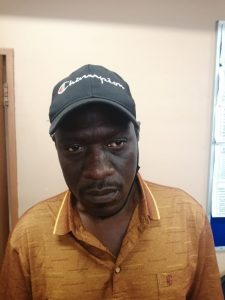 Selby Nyalungu evaded arrest in July 2020 when his two co-accused Joseph Nyalungu (54) and Elvis Mulimi (50) were arrested around Hazyview in connection with the alleged kidnapping and murder of Willy Shipalane (36). The deceased’s body was found floating in the Bushbuckridge dam in February 2010. An investigation was launched which ultimately linked the above mentioned suspects to the crime.

Following the arrest of Joseph Nyalungu and Elvis Mulimi they made several court appearances and were granted R1000 bail each. Selby Nyalungu made his brief court appearance alongside his co-accused in the Nelspruit Regional Court today where he was also granted bail.

The trio is expected to appear in the same court on 21 February 2021 for appointment of a legal representative.

Officials should not seek to interfere in politics