Gauteng, Friday 14 July 2017: Last night, Thursday 13 July 2017, four suspects were arrested in a crime intelligence driven operation as part of an integrated effort to foil “follow-home robberies” and other crimes in the area of the O R Tambo International Airport (ORTIA) and surrounding clusters. 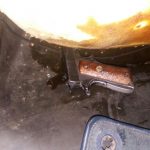 Last night’s operation was conducted by a multi-disciplinary team from Head Office Crime Intelligence, the Gauteng Provincial Trio Task Team and other stakeholders and they notched up another victory against criminality in the area. 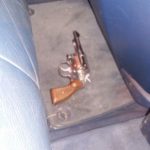 The team received information regarding suspects allegedly involved in the recent spate of robberies. During patrols on the R24 and R21, a suspicious vehicle was identified and followed at about 20:00. When the members attempted to stop the vehicle the occupants fired on them. The members returned fire and disabled the vehicle causing it to come to a halt on the R21 North outside the airport just before the Atlas Road off-ramp.

Four suspects were arrested and three unlicensed firearms were recovered. The suspects will appear in the Kempton Park Magistrate’s Court soon on charges including attempted murder and possession of unlicensed firearms and ammunition. The investigations are continuing and there is a possibility that the suspects could be linked to other crimes.

These arrests and seizure of firearms come shortly after three other successes during which three suspects were arrested, five unlicensed firearms recovered and a large consignment of drugs were recovered. 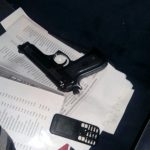 The team’s integrated effort and commitment in arresting the suspects is highly commended. The prevention and investigation of crime in and around the airport remains a priority for this multi-disciplinary team. The safety and security of passengers and visitors to OR Tambo International Airport and our communities remains of paramount importance to all stakeholders involved, including the SAPS. This multi-disciplinary intervention will continue.

Chinese Brothers Up For Bribery and Possession of Ivory, Diamonds and Abalone

ALLEGED DRUG DEALER TO APPEAR IN COURT FOR DEALING IN DRUGS

The integrity of Parliament needs to be restored – CDP

Abuse of older people on the rise – 1 in 6 affected

CDP calls on government not to sever ties with Israel