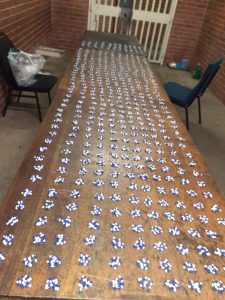 KWAZULU-NATAL – A 36-year-old suspected drug dealer, Claude Maria appeared at the Verulam Magistrates’ Court on Friday for alleged charges of dealing in drugs. He was remanded in custody until tomorrow, 31 May 2021 for bail consideration.

Claude was handed over by his legal representative to the Hawks’ investigation team in Durban on 27 May 2021 after he has been sought on numerous occasions.

Both accused appeared at the Verulam Magistrates’ Court. Joseph was released on a R10 000 bail and will reappear on 7 July 2021 whereas Nair is still in custody. He will appear in court on 31 May 2021 for bail application, joined by Claude.

WHO scales up trauma care services for injured people from Mosul, Iraq