KWAZULU-NATAL – Cameron Hiralall (26) appeared at the Verulam Magistrates’ Court today, 31 May 2021 for drug-related charges. On Saturday, 29 May 2021 Hawks members from the Durban Serious Organised Crime Investigation working together with Crime Intelligence and Durban Metro Drug Team arrested Hiralall for dealing and possession of drugs in Phoenix. 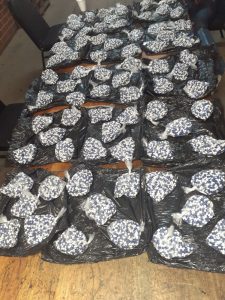 Members received information about a suspect who was dealing in drugs on Avalen Crescent in Phoenix. A joint operation was then conducted and the suspect was intercepted whilst driving an e-hailing services vehicle. He was searched and police found heroin capsules. He was then taken to his place of residence where a further search was conducted and more heroin capsules were recovered. The street value of the seized drugs is estimated at R600 780.
He was remanded in custody until 2 June 2021 for a formal bail application. Further investigation into his alleged drug dealings is continuing.

FIVE SUSPECTS ON DOCK FOR STEALING R5 MILLION WORTH OF FUEL

FOUR TO APPEAR IN COURT FOR FRAUD TOTALLING R6.6 MILLION

SCA Judgment On Hlaudi Motsoeneng A Victory For The Public Protector