GAUTENG – Two suspects aged 38 and 39 are expected to appear in the Johannesburg Magistrates Court on charges of illegal possession and transportation of rhino horn, on Wednesday, 03 March 2021. 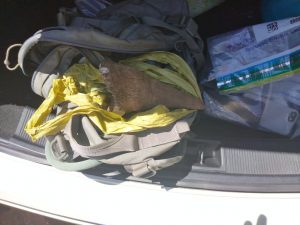 Benoni K9 unit followed up on intelligence regarding a planned illegal rhino horn sale in the Benoni area on Monday, 01 March 2021.

Upon searching the vehicle, police found a sizable rhino horn concealed in plastic bag inside the boot. A luxurious White Mercedes Benz used in commission of crime was also confiscated for further investigation.

The matter was referred to the Hawks’ Serious Organised Crime Investigation in Germiston for further investigation.

LEGAL REPRESENTATIVE IN COURT FOR ALLEGED FRAUD WORTH OVER R1.4 MILLION IN DELAREYVILLE