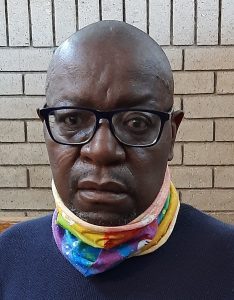 It is alleged that in May 2017, the Society of State Advocates and Prosecutors of South Africa (SSAPSA) appointed Advocate Mulaudzi as a treasurer of which one of his responsibilities was to submit annual financial reports.

During the annual general meetings in 2018 and 2019, Advocate Mulaudzi allegedly failed to submit the annual audited financial reports as required by the SSAPSA.

A departmental investigation was instituted which identified 397 unauthorised cash withdrawals and transactions between June 2017 and October 2019. The matter was referred to the Hawks’ Serious Corruption Investigation in Johannesburg for further investigation.

The investigation revealed that Advocate Mulaudzi, who has since resigned from the National Prosecution Authority as a Senior State Advocate at the office of Director of Public Prosecution in Johannesburg in December 2020, allegedly changed signatories and applied for internet banking. He allegedly spent approximately R316 000 from the SSAPSA’s bank account at petrol stations, restaurants, liquor stores and other outlets.

A warrant of arrest was issued for his apprehension and he handed himself in at Johannesburg police station this morning for processing. He was subsequently charged with theft and appeared in court where they granted him a R3000 bail. The case was postponed to 14 October 2021 for docket disclosure.

DUO REMANDED IN CUSTODY FOR DAMAGING OF ESSENTIAL INFRUSTRUCTURE

Drager gets green light for roll out from 1 August 2016