EASTERN CAPE – The Hawks in the Eastern Cape are seeking assistance in locating a wanted suspect linked to the allegations of a police station robbery. 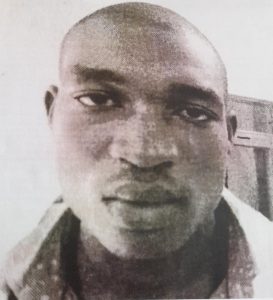 It is alleged that on 16 July 2021 at 03:00, an R5 rifle was found by the police in a vehicle which was abandoned by the suspects after they discovered that they were being tailed. Further investigations revealed that the rifle was stolen during an armed robbery at the Moyeni police station in December 2020.

The driver of the vehicle was identified as Nqwenelo Thabata (40). Several efforts to trace him went in vain. His last address was Veeplaas in Motherwell, Gqeberha. The warrant for his arrest was issued by court.

Anyone with the information concerning the whereabouts of Thabata is urged to contact Warrant Officer Wiseman Mavundla on 082 778 0412 and Sergeant Norton Ndabambi on 082 559 4613. Information received will be treated with strictest confidentiality.

HOW SHOULD MEDICAL DOCTORS RESPOND TO CORONAVIRUS COVID-19

KLAASEN AND ROELOFSE KNOCKED OUT IN POTCH OPEN SEMIS