At least two suspected robbers have been arrested and money and guns seized this evening following a cash-in-transit (CIT) heist. Shortly after 18:00 this evening, 6 May 2019, a CIT vehicle was ambushed and robbed by a group of armed men at Klapmuts in the Western Cape.

The suspects stole an undisclosed amount of cash and fled on the R44 but as they reached Cloetesville they were cornered by members of the SAPS who were responding to this robbery. A shootout ensued but the brazen suspects abandoned their vehicle in front of Cloetesville police station and jumped into a police van and sped off. 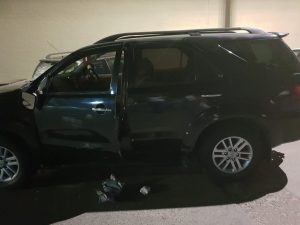 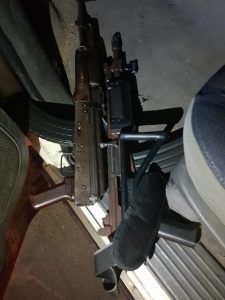 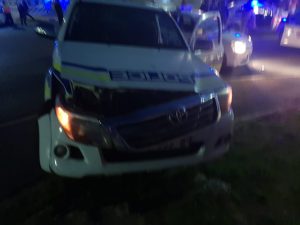 However, during a hot pursuit, the suspects lost control of the police vehicle and crashed. They abandoned the damaged police vehicle and continued to flee on foot in different directions. Police tracked down two suspects aged 37 and 43 who are now in custody. A search for the other suspects is still continuing.

“In speaking to the Provincial Commissioner of the Western Cape, Lieutenant General Jula, I have directed that the 72 hour activation plan be implemented in an effort to apprehend the remaining suspects,” said the National Commissioner of Police, General Khehla John Sitole

In the meantime police have also recovered two assault rifles, a revolver and a bag with money. Two police vans were damaged but fortunately our police officers escaped unscathed and no other injuries have been reported at this stage.

The getaway vehicle, a Toyota Fortuner was earlier hijacked as it was being driven past the CIT robbery in Klapmuts. General Sitole has further praised all the members for the overwhelming resilience they showed when they stopped the two of the suspects in their tracks and put them behind bars.

“The commitment displayed by our members tonight is a reflection of the commitment of the South African Police Service as a whole to ensure that people cannot commit heinous crimes and expect to get away with it,” said General Sitole.

FORMER AREA MANAGER FOR KZN DEPARTMENT OF TRANSPORT IN COURT

Officials should not seek to interfere in politics