KwaZulu-Natal: Saturday 2017-07-08: Last night at about 20:00, SAPS members charged with combating the poaching of rhinos in the country dealt another telling blow to the criminal element.

The team was acting on information received when they spotted a white Toyota double cab in the Mgwanwini area. The police stopped and searched it and they found a high calibre hunting rifle, a silencer, ammunition and an axe. The 44 year old driver and his two passengers, 24 and 28 years of age, were arrested.

All three suspects will appear in the Hluhluwe Magistrate’s court on Monday on charges of unlawful possession of a firearm and ammunition. 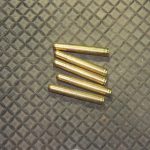 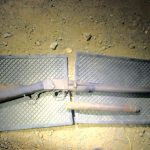 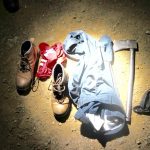 The South African Police Service has prioritised the killing and poaching of rhinos and the team is commended on the arrest of these suspects.

TEACHER IN COURT FOR RAPING A PUPIL

PIEDT TAKES ANOTHER FOUR FOR MAN OF THE MATCH AWARD