MPUMALANGA – Bongumusa Jele (34), a Swati National was arrested on Saturday 06 February 2021 at Entokwezweni Section Near Kanyamazane during an intelligence driven operation after he evaded arrest at a cash-in-transit robbery scene on Monday, 06 February 2021. 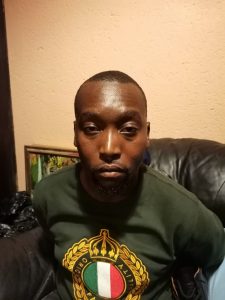 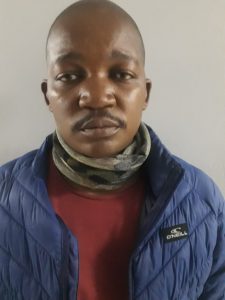 At the time of the incident a group of armed suspects accosted three security guards who were replenishing bank Auto Teller Machines around Moutse West. The guards were disarmed and explosives used to blow up the safe of the truck. The suspects made their gateway using several vehicles with an undisclosed amount of cash. A Mercedes Benz, Audi Q3 and Audi A4 were later found abandoned in near different locations.
Few hours after the incident a police Constable Zacharia Makgaolane Magopa (38) was arrested and appeared in the Vaalbank Magistrate court the case was postponed to 17 February 2021 for a formal bail application and he was remanded in custody.
Information was received from Nelspruit Crime Intelligent about one of the wanted suspects in connection with the incident and members of Pinaar Tactic Respond Team swiftly followed the information and arrested the suspect from his hideout. During the search an undisclosed amount of money suspected to be stolen from the crime scene was found and seized for further investigation.
The accused appeared before the Vaalbank Magistrate Court on Thursday 11 February 2021 together with Constable Makgopa and the case was remanded to 17 February 2021 for the appointment of legal representative.
The Provincial Head of the Directorate for Priority Crime Investigation, Major General Zodwa Mokoena cherished the multidisciplinary approach by the police within the province. She further urged the public to volunteer information to authorities about the outstanding suspects. Major General Mokoena also warned members of the community to refrain from interfering with crime scenes of this nature as often onlookers converge and pick up the cash that’s scattered around thereby directly implicating themselves to the crime.

Business to showcase SA in Thailand

Yet Another Extremely Violent Farm Attack