WESTERN CAPE – The Hawks’ National Priority Violent Crimes (NPVC) unit is appealing to members of the public in the identification of a group of armed robbers who robbed a fidelity cash solution van of an undisclosed amount of money on Monday, 02 March 2020 at Stelmark centre in Stellenbosch. 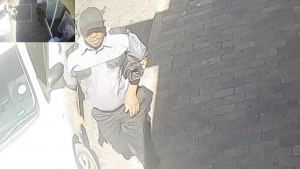 It is alleged that the guards were loading cash into an auto teller machine when they were suddenly confronted by an unknown number of heavily armed suspects wearing the same uniform similar to that of the guards. The crew was forced to open the armoured vehicle vault while being strapped with cables ties. In the process the fidelity staff sustained slight injuries. The suspects fled the scene shortly afterwards.
Anyone with information which can lead to the arrest of the suspects is urged to contact the Investigating Officer Sergeant Nandipha Dayimani on 079 498 6656. All information will be treated with strictest confidentiality.

On The Postponement Of By-Elections Across The Country

ROBBERS TO SPEND 15 YEARS IN JAIL