GAUTENG – The Hawks’ Serious Commercial Crime Investigation in Johannesburg arrested a 53-year-old woman, Dhayanethi Moodley and charged her for approximately R17 million worth of fraud. 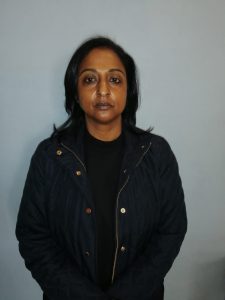 It is alleged that between 2012 and 2020 when Moodley was appointed as a financial manager at a Bryanston based food and beverages packaging machinery company, USS Pactech altered service providers’ banking details. She allegedly swindled approximately R17 million into her bank account on numerous transactions.

The investigation team received the docket for further investigation which resulted to Moodley’s apprehension yesterday, 18 May 2021 after handing herself in at the Hawks’ office in Johannesburg.

She appeared in the Palm Ridge Specialised Commercial Crimes Court on the same day and was granted a R20 000 bail. The case was postponed to Wednesday, 02 June 2021 for docket disclosure.

FORMER MEC AND OTHER FIVE ACCUSED ARRESTED FOR FRAUD AND CORRUPTION

Round 1 results of the SAS Junior ITF 1

FORMER DEPARTMENT OF TRANSPORT EMPLOYEE TO APPEAR IN COURT