MPUMALANGA – A convicted murderer, Elliot Groenewald (63) who is currently serving a life sentence has additionally been convicted on Tuesday for unlawful possession of a cell phone whilst in prison and intimidation. 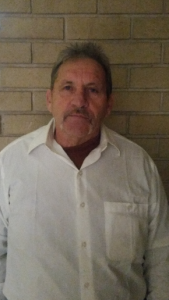 The Middelburg Regional Court heard that Groenewald whilst in prison plotted with an outside individual to murder and or to harm the victim. The matter was reported to the Hawks’ Serious Organised Crime Investigation team resulting in his arrest. Groenewald was found in possession found in possession of a cell phone.
The Court has sentenced Groenewald to 8 years imprisonment of which 5 years is suspended for 5 years. The 3 year jail term will be served concurrently with his current life sentence.
Meanwhile, in an unrelated matter, Cornelius Du Toit (42) pleaded guilty to charges of unlawful possession of firearm and ammunition. He was sentenced to a fine of R15 000 or 5 years imprisonment by the Nelspruit Regional Court on Wednesday.

This follows his arrest on 28 May 2020, by the Hawks’ Serious Organised Crime Investigation team acting on a tip-off that he was in possession of unlawful firearms and ammunition that he was reportedly selling to poachers.

A search and seizure operation was conducted at the identified address. During the operation, two unlicensed firearms and rounds of ammunition were seized

The 2014 Ebola outbreak in West Africa

Calls For Intervention On Program To Prevent Student Suicides

Statement on the Passing of the Hon. Dr LPHM Mtshali

R5 MILLION WORTH OF GOLD AND PLATINUM LAB SHUT DOWN