An alleged cash-in-transit alleged robber, Elvis Press Makhubela (41), is expected to appear in the Nelspruit Magistrate’s Court, tomorrow, Thursday for a judgment on his bail application. 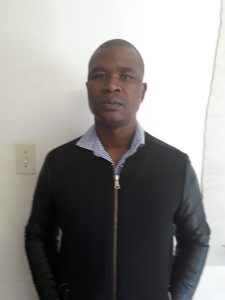 Makhubela was traced and arrested when a warrant of arrest was executed on Wednesday, 18 March 2020, an operation by the Hawks’ Serious Organized Crime Investigation that linked him to at least two cash-in-transit robberies which took place in Sabie and Nelspruit areas of Mpumalanga during 2017 and 2018 respectively. The accused made court appearances in March 20,31st and his bail application which was vehemently opposed by the investigators was heard last week Monday, 11 May 2020.

Makhubela was allegedly part of a heavily armed group that attacked an armoured cash vehicle enroute to Marble Hall on 02 May 2017 and also the one on Tuesday, 03 April 2018, along Kamagugu road in Kanyamazane where a brown Mercedes Benz rammed into an armoured vehicle and forced it off the road. Shots were then fired at the truck before the perpetrators ripped the vaults apart using explosives and made off with an undisclosed amount of money.

Investigation in the Sabie 2017 case resulted in Makhubela being arrested in April 2018, he was then released on bail and Hawks’ investigations have since linked him to the Nelspruit incident culminating in his latest arrest. Makhubela is scheduled to attend trial in October this year in the Graskop High Court for the matter that he was granted bail for. He is to appear alongside his 47-year-old accomplice, Lehlohonolo Tleketle who is already serving an effective 30 year jail term for CIT robberies. The investigators continue to probe Makhubela’s involvement in other related incidents across provinces. More arrests are expected as investigations continue.

Towards an AIDS Free generation