NORTHERN CAPE – A 70 year old member of the public was travelling from Cape Town to Johannesburg when an unfortunate event happened to him. The citizen had an accident near Strydenburg in the Karoo. In the process, two Hawk’s members who were enroute to De Aar stopped and assisted the gentleman. 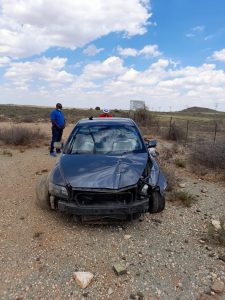 DEPARTMENT OF EDUCATION OFFICIALS AND A BUSINESSMAN ARRESTED FOR FRAUD