MPUMALANGA – Members of the Hawks Serious Commercial Crime Investigation in Mpumalanga are seeking assistant from the public to locate the whereabouts of Oscar Mathe (45) who is wanted for alleged fraud. 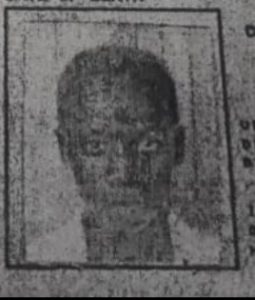 It is alleged that in April 2014 two former bank officials from Malelane and Tonga respectively colluded and re-activated a dormant business bank account of deceased person. They created new beneficiaries who are their relatives in order to transfer money their accounts where it was consequently withdrawn. The stolen money amounted to approximately R417.000.

A case was opened in August of 2014 and brought before Court. The court ordered for the tracing of the beneficiaries and warning statements were obtained except from Mathe who disappeared having received R40 000. Mathe reportedly used to drive taxis around Bushbuckridge town. He is known to frequent Johannesburg particularly in Germiston, Makause squatter camp. Attempts to trace him have so far been unsuccessful, he is sought on a warrant of arrest that was issued against him on 29 August 2018.

Anyone with information about the whereabouts of of Mathe can contact the investigating officer on this case Warrant Officer Dumisani Patrick Zwane at 071 481 3424. All information will be treated with confidentiality.

Essential that all Community Service doctors are placed

EFF leader must report alleged intimidation to police for investigation

Plans to mark end of Ebola transmission in Sierra Leone