Hawks have arrested three suspects aged between 20 and 32 on Tuesday for their alleged role in the lethal shooting of an off-duty Constable Thandoluhle Mhlongo and a bystander Mazwi Zuke last week Friday.

Preliminary investigations suggest that Mhlongo who is stationed at Kranskop police station had been at a local shisanyama premises at the time. He reportedly went out of the premises to investigate loud noises of a vehicle that had been repeatedly driving recklessly on the street. As soon as he walked out, he was fired upon by the occupants of the suspicious vehicle. He managed to pull out his service pistol but two suspects alighted from their vehicle and continued firing at him. 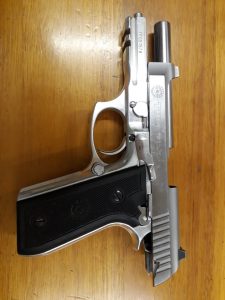 Another off-duty Kranskop police officer who was in the vicinity responded to the sounds of gunfire and two of the suspects were shot and wounded during the exchange. Their accomplices managed to drag them into the car and they fled the scene, leaving behind a discarded weapon on the ground after they managed to drag two of their wounded accomplices into the getaway vehicle. Both Mhlongo and Zuke succumbed to gunshots wounds on the scene whilst those who were also caught in the scuffle were treated at the nearby hospital. 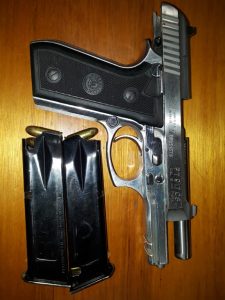 The Hawks’ Serious Organised Crime unit immediately took over the investigations and launched an intensive manhunt which culminated in the arrest of the two suspects in Durban and Pietermaritzburg, respectively and with the assistance of the Pietermaritzburg K9. The team first found an abandoned charred Mercedes Benz which was used in the commission of the crime and two deceased on the side of road near Seven Oak in Greytown.

Following further investigations the team responded to information that one of the suspects was seen in the vicinity of the Pietermaritzburg Central Business District. The determined team then caught up with him following a short pursuit. A second suspect was apprehended in Durban and the 3rd was traced to Newlands where an unlicensed firearm was retrieved after he attempted to flush it down the toilet.

The National Head of the DPCI Lieutenant General Godfrey Lebeya has commended the members success in apprehending the suspects.

“The loss of any life through deliberate human behaviour is condemned. The efforts by law enforcement who responded to the incident is commendable. The investigators are directed to ensure that no stone is left unturned in preparing the case for successful conclusion in court,” Lieutenant General Lebeya said.

Police Minister, Bheki Cele (MP), has also welcomed the arrest of two suspects involved in the shooting of a police officer and an innocent bystander.

“Arrests of this nature continues to be sign of our commitment to the constitutional mandate to enforce the law. We will continue to stamp the authority of the state by arresting and prosecuting those that commit such heinous crimes” said Minister Cele

Police Minister Bheki Cele also condemned police killings and innocent members of the community in the strongest possible terms and further conveyed his condolences to the Mhlongo and Zuke families.

“Nothing must divert or distract our men and woman in blue from creating a safe and secure environment for all people of South Africa” concluded Minister Cele.

The suspects will appear in the Kranskop Magistrate’s Court on Friday charged with murder, attempted murder and possession of unlicensed firearm

IFP: THE SIGNIFICANCE OF NATIONAL DAYS IN THE PURSUIT OF NATION-BUILDING AND SOCIAL COHESION