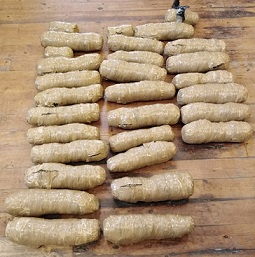 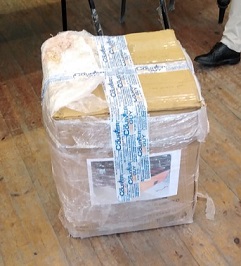 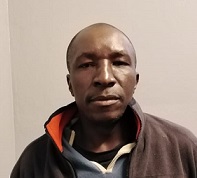 WESTERN CAPE – Thembinkosi Ndwandwa (36) appeared before the Knysna Magistrates’ Court yesterday, 15 September 2021 where he was facing a charge of dealing in drugs and was remanded in custody. He was arrested on Monday, 13 September 2021 by the Knysna K9 Unit police officer.

The member noticed two males leaving a courier services company on Market Street carrying boxes and approached them. They both fled on foot and he managed to apprehend one of them. The box was opened and packets of cannabis in different sizes were found. His cellphone was also seized for further investigation. The cannabis had an estimated street value of R178 000.

The accused was taken in custody for dealing in drugs and the docket was handed over to the Hawks’ South African Narcotics Enforcement Bureau team (SANEB) based in George who took over the investigation. He will return to court on Monday, 20 September 2021 for a formal bail application. The investigation is continuing.

Your health is in your hands

Battle Of Nkandla Ends In Justice