The Police in Hlogotlou outside Groblersdal are requesting members of the Public to assist in locating the suspect who allegedly stabbed a woman to death and critically injured her sister on Friday 18 June 2021 at Monsterlus Selahlilwe village. The woman aged 26, was said to be his girlfriend. 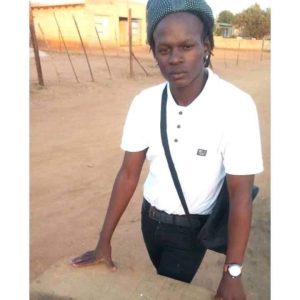 The suspect aged 22, was reportedly at his girlfriend’s home in the area on Friday night and at around 22:30, he allegedly started an argument with her. He then produced a knife and stabbed her to death. In the process, the suspect also stabbed the deceased’s sister, critically wounding her. She was taken to hospital. The younger brother to the sisters reportedly managed to escape unharmed and alerted the neighbours.

Yesterday afternoon on Sunday 20 June 2021, the community members in the area mobilised after learning about the incident and went to the suspect’s house where they set it alight. There was no one in the house. 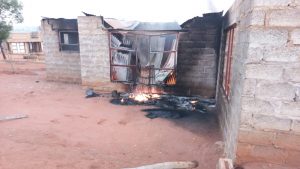 The Provincial Commissioner of Police in Limpopo Lieutenant General Thembi Hadebe has strongly condemned this incident of Gender Based Violence and has ordered the police to hunt down the suspect and bring him to book. Lieutenant General Hadebe also condemned the actions of the local community for torching the suspect’s house and urged them to instead assist the police in hunting him down.

The Police are requesting Mr Maxwell Mashegoane of Monsterlus Selahliwe (pictured above) to avail himself at any nearest police station as it is believed he will be able to assist in the investigation of these gruesome cases.

e.tv Prime Time gets a revamp

POSITION OF THE NATIONAL DEPARTMENT OF HEALTH ON SUGAR TAX