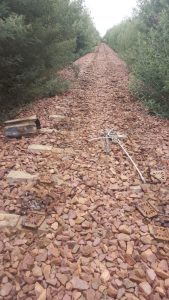 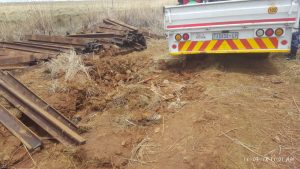 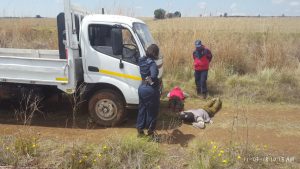 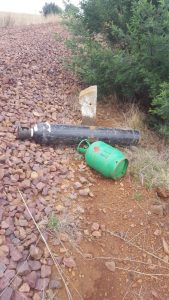 MPUMALANGA –Richon Mukhamba (42) and Sizwe Khaba (35) were remanded in custody by the Middelburg Regional Court on Thursday 23 January 2020 for damaging of essential infrastructure. The duo were arrested on the 3 November 2018 by members of the Hawks` Serious Organised Crime Investigation Mpumalanga and Rail way patrol members.

It is alleged that on the 3 November 2018 at about 09:00 members of rail way patrol were patrolling along railway lines in Middelburg, they saw a truck parked along the railway lines and they immediately contacted the Hawks for assistance. On arrival, a joint team approached the truck, a group of suspects fled on foot and the team apprehend Mukhaba and Khaba. Upon searching the vehicle, they found the railway lines cut-off and put inside the truck and the suspects were immediately arrested.

The Hawks further investigation linked the two suspects to three other similar cases in Middelburg dating back in October 2018. The case against the two is postponed to 24 February 2020 for a Shona interpreter and the suspects remain in custody.

Vaccination must be scaled up in Ebola-affected countries: WHO

TWO HAWKS MEMBERS HAD SWOOPED DOWN LIKE ANGELS FROM HEAVEN

Another Ace Served By Raven Klaasen