This week Special Assignment has decided to re-broadcast the multiple-award winning documentary Deadly Decisions, which has recently scooped three Diageo Responsible Drinking Awards for Best Broadcast, Best up and coming and Journalist of the Year. 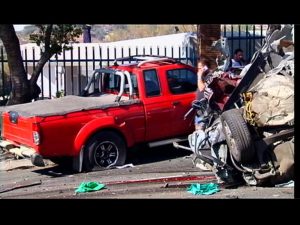 The documentary, produced by Cleopatra Jones, looks at the impact that drunk driving has on victims and their families. It also looks at how alcohol can impact on people’s judgment, inflate their confidence- making them feel immortal and invincible- and increase their aggression levels. In addition, it also highlights the weakness in our criminal justice system where despite the evidence, perpetrators are seldom convicted.

According to the World Health Organisation, South Africa tops the list of drunk-driving-related deaths throughout the world. Every year, about 18 000 people are killed and 150 000 injured in car accidents in South Africa. Sixty percent of these accidents are caused by drunk drivers and this figure is predicted to rise to 80% by 2020. Many of the victims are under the age of 30. Pedestrians, cyclists, motorcyclists and runners are most at risk.

PEOPLE WITH DISABILITIES MUST BE EMPLOYED IN JOB SECTOR