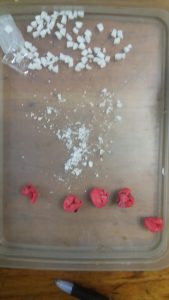 The team acted on information regarding a suspect who was reportedly dealing in drugs at Golden Green Gardens flats, Phoenix. The identified premises were searched resulting in quantities of cocaine powder, crack and cash being confiscated.

The suspect is expected to appear in the Verulam Magistrates’ Court today.

Meanwhile in a separate incident, several boxes containing thousands of empty capsules meant to be used for heroine were seized in the Pinetown area.. The batch is valued at more than R650 000. Investigations are proceeding.

COMPANY DIRECTOR IN COURT FOR FRAUD