KWAZULU NATAL – Brendan Mark Pillay (37) who masqueraded as a tax consultant in 2015, is being sought in connection with theft and fraud. 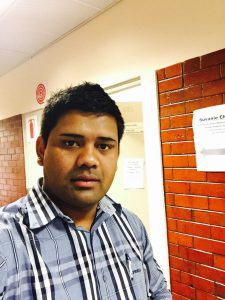 On 15 April 2015 the complainant employed Pillay as an accountant who would also be responsible for tax matters for his entity. During Pillay’s employment, the owner of the business received a letter of demand from South African Revenue Service (SARS) stating that he owed R70 million to the receiver of revenue.

Pillay was then entrusted to rectify the issue with SARS which he never did but instead vanished. The case of fraud was registered against Pillay in September 2017. It was assigned to the Hawks’ Serious Commercial Crime Investigation resulting in a warrant of arrest being issued for Pillay in August 2020.

The public is hereby requested to furnish information about Pillay’s whereabouts to Captain Mark Mclean on 079 526 5645. Any information received will be treated with the strictest confidentiality.

Laws to protect breastfeeding inadequate in most countries

SAPS investigating circumstances of fatal shooting of constable in Katlehong

TRIO SENTENCED TO 25 YEARS FOR ARMED ROBBERY, MURDER AND RAPE

The Frontline of Fear

Bitter medicine could have been avoided had strikes been curbed – CDP