The South African Police Service has in separate incidents over this past weekend arrested seven suspects in the North West and Limpopo provinces for possession of explosive devices, conspiracy to commit an offense and prevented potential Automated Teller Machine (ATM) robberies. 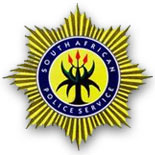 Members of the SAPS, acting on intelligence conducted operations in both provinces. In the first incident, members went to Seraleng Village in Brits, where they arrested three suspects aged between 27 and 29 for possession of over 20 explosive devices. The Team went to another village called Lekgaleng to search for a black BMW with three occupants implicated in the planning of ATM bombing at a local business center. The vehicle was spotted and stopped. The police seized the vehicle with potentially incriminating items. The three suspects were arrested for conspiracy to commit robbery, ie, ATM bombing.

In a separate incident, a woman aged 36, was arrested by the police in Beit Bridge port of entry. When the police conducted routine searches at the border gate, they discovered several components of explosive devices including connector caps, emulsion explosives and blasting caps.

The National Commissioner of Police, General Khehla John Sitole, has since his appointment pronounced as part of his turnaround strategy that there will be decisive actions implemented in an effort to stamp the authority of the State. One of the ways of achieving this is to ensure an effective and efficient Crime Intelligence environment coupled with a dynamic Organised Crime Threat Analysis (OCTA) Strategy.

“I am satisfied, that since the appointment of a permanent head of crime intelligence, for the first time in seven years, that crime intelligence is moving in a positive direction and proving to be an enabling entity”, said General Sitole.

The suspects are expected to appear in court soon on charges of illegal possession of explosives and conspiracy to commit a crime.

ALLEGED DRUG DEALER TO APPEAR IN COURT FOR DEALING IN DRUGS

Hawks nab three of their own