WESTERN CAPE – Two suspects aged 28 and 35 are due to appear in the Atlantis Magistrates’ Court on 19 May 2021 where they will face a charge of possession and transporting of illegal abalone in terms of the Marine Living Resources Act 18 of 1998. 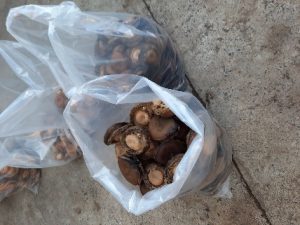 The duo was arrested yesterday, 17 May 2021 after members of the Hawks’ Serious Organised Crime Investigation, Crime Intelligence and officials from the Department of Environmental Forestry and Fisheries (DAFF) reacted on information concerning the transportation of illegal abalone.

Police in Gauteng on a manhunt for cop-killers

WHO endorses experimental drugs for Ebola

Results of the Wilson R100 000 Challenge