LIMPOPO – a 37 year-old illicit cigarettes dealer is expected to appear in the Musina Magistrate’s Court today, 21 May 2021 following his arrest by an integrated police team. 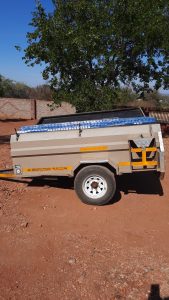 The police team comprising the Hawks, Crime Intelligence, Polokwane Tactical Response Team and SAPS Musina Visible Policing members received intelligence about the vehicles that were loading illicit cigarettes at a warehouse in Musina CBD on Thursday, 20 May 2021 and followed it up.

The search for other outstanding suspects is still continuing.

IFP: Against proposed municipality being named after Dr Nkosazana Dlamini-Zuma

No threat that Ebola is airborne

Booking at Newlands cricket ground opens on Monday, 13 October 2014 for The West Indies tour to S.A.

RAPIST SLAPPED WITH LIFE IMPRISONMENT FOR RAPING HIS MINOR COUSIN

SUSPECT ARRESTED FOR FRAUD OF ALMOST A MILLION RANDS

TRAINING UNDERWAY FOR RESERVISTS AND SECURITY OFFICERS APPOINTED AS CONSTABLES