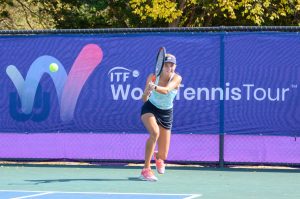 The two $25 000 prize money events, named after well-known former South African No. 1 player and social activist, Ilana Kloss, debuted in the country in March 2020, but had to be cancelled, during the second week of competition, due to the impact of the COVID-19 pandemic. 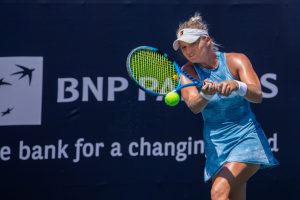 The Ilana Kloss international – week one and week two, respectively, will take place in a COVID-19 bio-bubble at North-West University in Potchefstroom, and run from the week commencing the 8th February 2021, onwards. The events form part of the ITF World Tennis Tour, which is the umbrella name for all former ITF pro circuit (Futures) and junior circuit tournaments and serves as the ITF’s pathway from the junior game into the elite levels of professional tennis. As such, they will attract a mix of the best South African juniors, local fledgling professionals, as well as international players – both from Africa and abroad.
Richard Glover, CEO of Tennis South Africa, welcomed the announcement: “We are delighted to see international tennis for women returning to South Africa. These events serve as a vital platform for our rising young female stars and are also a fitting tribute to Ilana Kloss – who is passionate about helping to grow women’s tennis in this country. Today’s announcement is a real boost for our tennis, but at the same time we are also very aware of our responsibilities with regards to COVID-19 and will be implementing strict protocols – including regular testing for all players and tournament staff, as well as all necessary social distancing, isolation and hygiene regulations.” 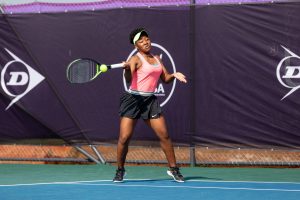 “Tennis is, and has always been, such an important part of my life and it is only appropriate that as we adjust to the new normal of life that tennis is once again leading the way to a safe, socially-distanced sporting activity in South Africa and around the world,” Ilana Kloss said. “These two tournaments provide valuable and much-needed playing opportunities for the next generation of women’s tennis stars and are an excellent example of how sports is leading the way, as we make plans for the new year.”

The Johannesburg-born Kloss enjoyed an illustrious career at the highest level of the game. She was the world’s number one ranked women’s doubles player in 1976, and in the same year won the women’s doubles title at the US Open, as well as the mixed doubles title at the French Open. She also represented South Africa at Fed Cup level on many occasions. Ilana is well-known for her work with her long-time partner – the legendary Billie Jean King, as an advocate for gender equality, inclusivity, and diversity – both in sport, as well as in our wider society. Kloss currently oversees all operations of Billie Jean King Enterprises and is a founding member of the Billie Jean King Leadership Initiative. She is a member of the board of the Women’s Sports Foundation and the Elton John AIDS Foundation.

North-West University (NWU) is the official venue for the 2021 tournaments and Sheldon Rostron, Head of Sport at NWU, believes the University has put the necessary steps in place to host a successful and safe two weeks of competition: “It is a privilege for NWU to host these international women’s events in honour of Ilana Kloss. We are grateful to participate in sport again and appreciate the confidence of the ITF and TSA to host the two weeks. The facilities and support services of the NWU are well equipped and we will do our best to ensure that things run smoothly, despite the continued effects of Covid-19.”
Meanwhile, TSA will also be hosting two men’s international events in South Africa during the same period, at the same venue. An announcement about these events will be made shortly.

FATHER AND SON ARRESTED FOR TAX FRAUD WORTH OVER R1.2 MILLION

SUSPECT ARRESTED IN POSSESSION OF DRUGS

Ministers must set the example by keeping the law – CDP

SUSPECT IN CUSTODY FOR POLICE MURDER