The Directorate for Priority Crime Investigation is asking for any information including the whereabouts of four people of interest that could help in solving the case pertaining to an alleged armed robbery at the Windsorton police station on the 2nd October 2019. 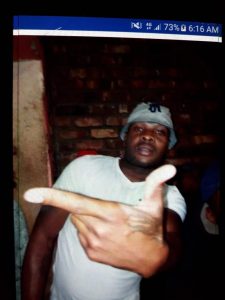 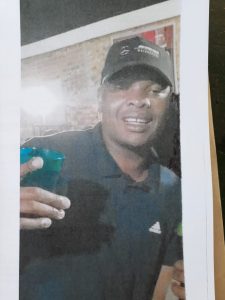 It is believed that Zwichanaka Mbaisani Dabie (39), who is also known as ‘Godfrey’ (photo attached) a Botswana citizen can help shed a light on what transpired on the eventful day where a series of armed robberies were committed including the one at Windsorton police station.

It is alleged that at about 22:30, a white Audi A3, with Botswana registration plates arrived at Windsorton police station. Four occupants allegedly pointed policemen who were on duty with firearms and tied them up before leaving with two R5 rifles, four (4) 9mm pistols and ammunition. It later transpired that the said vehicle had earlier driven-off from a Jan-Kempdorp Petrol Station without paying for fuel.

At about 02:00 am the same vehicle was allegedly involved in yet another armed robbery at a BP garage in Virginia where one victim was wounded after several people were robbed of personal items.

People with information can contact the investigating officer Lieutenant Colonel Dolf Louwrens on 082 331 4700 or Capt. Riaan Baardman on 071 481 3093. Information received which can lead to the arrest and prosecution of the perpetrators will be treated with the strictest confidentiality.

POLICE OFFICIAL IN COURT FOR CORRUPTION

South African Govt to buy 75% of goods from SA producers