NORTH WEST – Investigations into the four lion paws that were found on Monday has led to the arrest of further suspects aged between 36 and 47 on Tuesday in Mabule village for possession of lion bones. 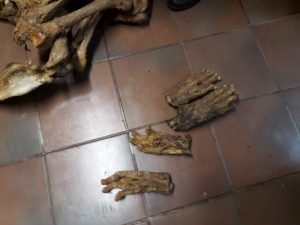 The first suspect was arrested at his home where he was found in possession of lion bones, the team proceeded to arrest three other suspects who allegedly brought the lion bones to the first suspect. The lion was reportedly killed in Botswana and the arrested suspects allegedly transported its remains to South Africa in order to find a buyer.

All four suspects were taken into custody and they are expected to appear before the Mahikeng Magistrate’s Court today on charges of contravening the National Environment Management-Biodiversity (NEMBA) Act.

WPCA committed to promotion of non-sexism

IFP: QUESTIONS THE MYSTERIOUS FIRES THAT HAVE DAMAGED OFFICES OF OPPOSITION PARTIES

Cape Cobras preparing for the Season ahead