Pretoria: 08 April 2020 – The South African Police Service has noted with concern photograph of two females in SAPS uniform each holding what appears to be a bottle of beer and posing next to packs of liquor. 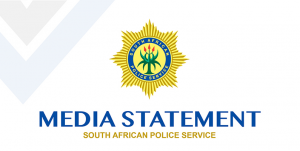 The SAPS are currently investigating the authenticity and origin of the picture to determine the identity of the persons in photograph as well as when and where the picture was taken. Such behaviour by any South African Police Service members is unacceptable and it is condemned in strongest terms by police management.

As soon as the investigation is concluded and the picture authenticated, the members will be subjected to internal disciplinary procedures.

SAPS are appealing anyone who has information about this picture to contact the SAPS Crime Stop number 086 00 10111. Tip-offs may also be made via the SAPS MySAPS App. All information received will be treated with confidentiality.