EASTERN CAPE – The Serious Organised Crime Investigation team of the Hawks in East London is appealing to the public to assist in locating Thandile Sitwayi (38) who is from Nkululeko Section, Ndakana A/A, Sutterheim as it is believed he would be able to provide the key to unlock the mystery of a double murder case. 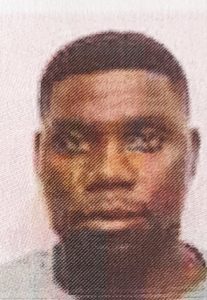 It is reported that on 26 October 2020 at 08:15 two Fidelity security guards, Sithembele Masala (49) and Ludick Bevan Ernest (48) were at Southernwood Super-Spar in East London to collect money as usual. On their way out of the supermarket, they were confronted by three suspects who are alleged to have pulled out their firearms and started shooting at the guards. Both security guards were pronounced dead on the scene. The suspects are said to have managed to rob the security guards cash of over R280 000. Their firearms were also stolen during the ordeal. The suspects successfully fled the scene.
The Serious Organised Crime Investigation team appeals to anyone who can provide information about the whereabouts of Sitwayi to come forward so as to assist the team in resolving the matter. Anyone with information should contact Colonel Sonwabiso Mboniswa on 071 481 2948 or Detective Warrant Officer Thamsanqa Mlumbi on 071 481 3009. Information provided will be treated in the strictest of confidence.

On the untimely passing of the Hon. Minister Collins Chabane MP