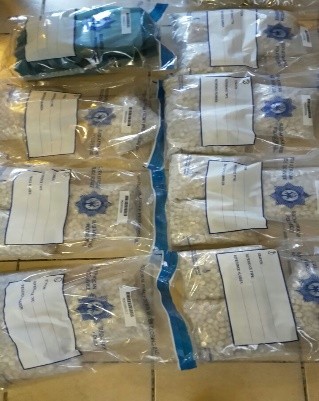 PRETORIA – A Crime Intelligence driven joint operation by the Hawks’ Narcotics Enforcement Bureau, Dog Unit, and Flying Squad has resulted in the arrest of three suspects aged 20, 40 and 41 respectively in Belhar, Cape Town on Tuesday for allegedly dealing in narcotics.

Members searched a house along Bergzicht street and recovered about twenty thousand (20 000) Mandrax tablets hidden in one of the rooms. The seized drugs are valued at approximately R700000-00.

The trio which includes, two females and one male, are expected to appear before the Bellville Magistrate’s Court on February 01.

Concerned About The Shortage Of Essential Medication In KZN Hospital