NO RAINBOW NATION YET

In recent weeks several video recordings that went viral on social media, have once again 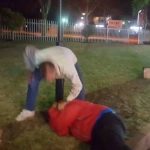 exposed a deeply divided country still grappling with racism along clearly-cut social fault lines. The so-called ‘KFC assault,’ in which a group of five white men turned on a black couple at a Pretoria fast food outlet, was widely condemned. The men were part of two groups, unknown to each other, when they turned their anger on a perceived shared enemy during an altercation between black and white that quickly turned violent.

While most condemned this incident, it was a verbal altercation a few weeks earlier at a Johannesburg restaurant between a white male and black female in front of scores of children, that exposed our divided attitudes over race relations, social power and transformation. 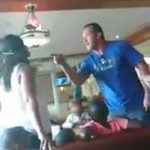 The so-called ‘Spur incident’ sparked emotional debates about wether all tension between South Africans from different sectors of society should be painted with the ‘racist brush.’

Earlier this year it was images from the sleepy North West farming town of Coligny, that shed light on the potential volatility that can erupt between different race groups in South Africa. This after angry black residents took to the streets and burnt down several houses following the death of a blac 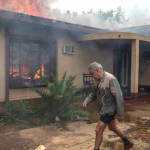 k teenager at the hands of two white men.

The contested Hate Speech and Hate Crimes Bill was introduced last year following a spate of racist incidents, most notably the Penny Sparrow and Judge Mabel Jansen cases, in the hope of addressing this persistent problem in SA. But 2017 proved to be yet another year in which the racism debate would be forced to the top of the national agenda. From racist rants by Johannesburg estate agent, Vicky Momberg hurled at a black police officer, a Geography teacher at the private school, St. Johns College, being fired for racist remarks inside the classroom, to EFF leader Julius Malema once again landing in hot water for his comments about South Africans of Indian descent. 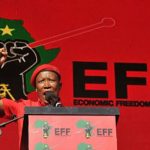 Why, 23 years into our democracy, has such seemingly little headway been made in social transformation and racial cohesion? Does social media and the broader mainstream media skew the reality and sensationalise these altercations? And what role can specific anti-racism laws play, if any, in addressing deep-seated racist views held by some sectors in our society?

Watch NO RAINBOW NATION YET produced by Adel van Niekerk and broadcast on Special Assignment, 21 August, 2017 at 21h00 on SABC3.

LODGE MANAGER IN COURT FOR FRAUD