The Investigating Team of the South African Police Service in Limpopo seek information that can assist in apprehending the suspects involved in a chain of ATM bombings that were allegedly committed in different areas of Sekhukhune District since January 2021 to date. 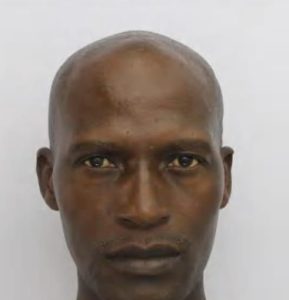 During the ongoing investigations, it was revealed that Syco Mashifane aged 46, from Maserumule park in Sekhukhune, can assist the Police with information regarding several ATM bombings in Limpopo.

It is believe that he is in Mamelodi, Gauteng Province.

The Police are calling upon Syco Mashifane (pictured below) to avail himself at the nearest police station as it believed he will be able to assist in the ongoing investigations.

Anyone with information that can lead to the arrest of the suspects or who knows the whereabouts of Syco Mashifane may contact Detectives Sergeant Phaladi Makola on 082 749 2233 or Lieutenant Colonel Richard Boshomane on 079 894 5501,

Callers may opt to remain anonymous and any information received will be treated with strict confidentiality. The Police investigations are still continuing.

Press Statement On The Launch Of The Local Government Elections

HPCSA will not be conducting offsite registrations for 2020.

TRAFFIC OFFICIAL TO APPEAR IN COURT FOR CORRUPTION