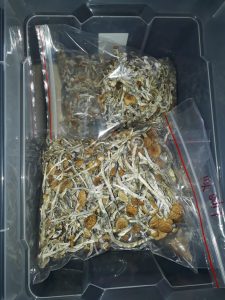 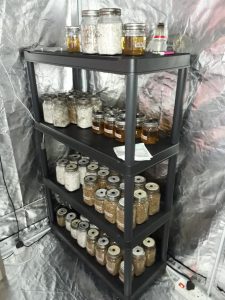 On Tuesday, 28 April 2020, the joint team conducted an operation at Amanzimtoti area after information was received about a suspect who was dealing in magic mushrooms. Police swooped in the suspect’s premises and a search was conducted. During the search members discovered a complex clandestine magic mushrooms laboratory. Numerous species in different forms and state of grow were also discovered in the premises.

The estimated street value of the drugs is at least R448 000. The team also seized cash suspected to be proceeds of crime. The suspect was arrested and charged accordingly. He is expected to appear in the Durban Magistrates’ Court today, 29 April 2020.

15 YEARS IMPRISONMENT FOR POSSESSION OF EXPLOSIVES