NORTH WEST – The Serious Organised Crime unit of the Directorate for Priority Crime Investigation in the North West arrested five suspects aged between 34 and 60 today in Wolmaranstad for motor vehicle fraud, robbery and intimidation.

The five suspects are part of a syndicate that allegedly targeted people who were looking to buy second hand motor vehicles at car dealerships. They would allegedly approach the victims offering them similar vehicles for less money. A test drive would then allegedly be arranged and thereafter, a meeting scheduled to seal the deal with the requested cash payment, in exchange for the vehicle. Unbeknown to the victims, the suspects would allegedly take the money and flee.

A project was registered following numerous cases being reported at the Mogwase police station about the fraudulent act. The victims came from different parts of the country: Klerksdorp, Potchefstroom, Johannesburg, Krugersdorp, Welkom, Ceres, Kimberly and Kuruman. Thorough investigations were conducted leading to the arrest of the 5 suspects with the 6th suspect already in prison for a different crime. During the arrest , items seized included 11 cellphones, R18 000, rounds of ammunition and several sim cards. The Priority Crime Specialised Investigations unit of the Hawks is working on ensuring that all the assets acquired from the proceeds of crime get forfeited to the state.

The suspects are will appear at the Wolmaranstad Magistrate court on 22 November 2017. 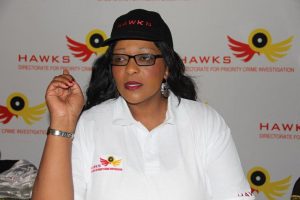 The Provincial Head of the Hawks, Major General Linda Mbana was pleased with the successful termination of project Rambo “our goal was ensure that we dismantle this syndicate from the top down, and indeed the king pin was arrested along with his men” she said.

GUN-WIELDING ATM BOMBER ARRESTED BY THE HAWKS IN WITBANK

WHO Assessment – Mosquito control: can it stop Zika at source?