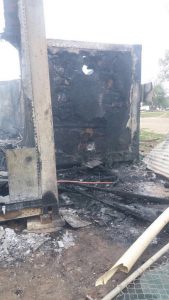 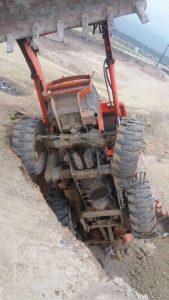 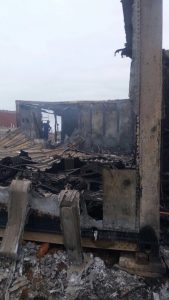 The Departments of Education (WCED) and Transport and Public (DTPW) strongly condemn the arson attacks on the construction site of the Thembalethu Secondary School in George. The attack happened yesterday, and is suspected to be linked to continued unrest in the area related to the demolition of unlawfully erected structures on land earmarked for housing.

We can confirm that the site offices and stores were completely destroyed by fire. This includes all site administration documents, computers, and camera equipment. In addition, vehicles and machines were vandalised and materials stolen. Security personnel were chased away. In the interests of safety, the DTPW Education Infrastructure Directorate has advised construction personnel to close the site until further notice.

It is despicable that criminals would choose to target schooling infrastructure with their unlawful behaviour, infrastructure that is set to add immense value to the community and improve the life chances of our youth. As a result, the school project has now been placed on hold, delaying its delivery.

5 schools in the area were also disrupted by the protest action which negatively impacts our learners’ education at this important time of year when they are completing exams and assessments.