MPUMALANGA : A 24-year-old suspect is expected to appear before the Ogies Magistrate’s Court on Monday, 19 April 2021. He was arrested by the members of the Hawks’ Serious Organised Crime Investigation together with Transnet at Saaiwater Point in Ogies on Friday for theft of chrome. 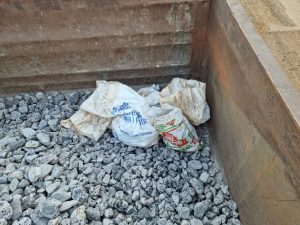 The arrest followed an intelligence driven disruptive operation conducted by the team on allegations of theft of chrome from goods trains. The information received was that the suspects wait at a place where the goods train stop at the robot or where drivers change and they will climb in the goods train with bags and fill the bags with chrome while the train is moving. At the next stop of the goods train, they will off-load the bags full of chrome.

The suspect was spotted and arrested at the crime scene in possession of the bags with chrome valued at approximately R40 000.

Two OR Tambo Airport-based workers in court for extortion

Ban on travellers from Ebola-affected countries